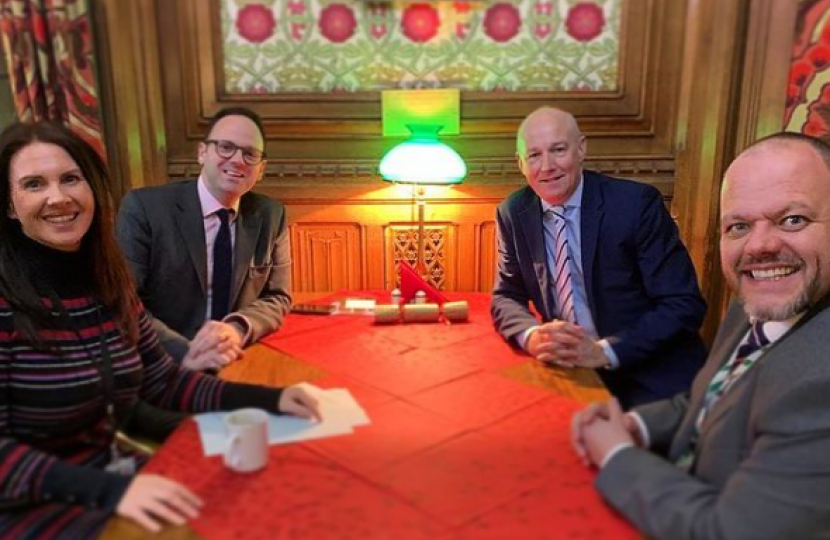 Conservative MPs across Cumbria have welcomed the Prime Minister’s speech on levelling up - particularly the announcements he made on devolution.

Cumbria is currently engaged in a process of local government reform, with a decision on unitary authorities expected from Government before Summer recess.

The MPs are keen that as well as unitary authorities, Cumbria also agrees a devolution deal that follows the creation of a combined authority and an elected mayor for Cumbria. The Prime Minister pledged to increase the number of Metro Mayors across Britain.

Also included in his speech, the Prime Minister, Boris Johnson made clear the Government will encourage strong local leadership by rebooting devolution in the UK, devolving more powers locally.

Devolution powers may also be granted for specific local purposes or projects.

The Prime Minister stressed that the aim of these local leaders will be to back business, attract jobs and improve services.

Mark Jenkinson MP said “Cumbria is currently undergoing long overdue local government reform. Our county has been over-governed with poor leadership at a county level, for too long. I am heartened to hear the details in the Prime Ministers speech regarding devolution.

I am keen to see a devolution deal for Cumbria that strengthens every area of our county. The Prime Minister has been clear, these locally devolved powers will be to back business, attract jobs and improve our services. There are projects in my constituency that would benefit from being unshackled through the decentralisation of powers and I will be making representations to Government to include them in a future Cumbrian Devolution Deal.”

Simon Fell MP said “We’re already seeing the benefits of levelling up through Town Deals and funding for roads, like the A595 bypass, and infrastructure across Furness. The PM’s speech lays the groundwork for more - not just levelling up with single capital projects, but in ensuring that we see long-term improvements in healthcare and education too. The prospect of a devolution deal for Cumbria unlocks the potential for a Life Sciences Opportunity Zone in Ulverston, Freeport status across Cumbria, and strengthens the case for the Maritime Skills Academy to be based in Barrow.”

Trudy Harrison MP said “Cumbria has an early opportunity to change and shape local taxation rules and gain more influence over local decisions. Ultimately this is about the devolution and decentralisation of directives from Westminster and we in Cumbria are front runners.  We will embark on many conversations with our community and businesses to get the best outcome we possibly can for Cumbria.”

John Stevenson MP said “I very much welcome the Prime Ministers speech and his determination to push the Levelling Up agenda. This is a real opportunity for Cumbria. With local government reform coming reaching a devolution settlement for the county is a real prize. It will bring in more investment and opportunity for the region and help us grow the economy.”