'Future of Coal in the UK' Debate: Mark Jenkinson MP on the future of coal 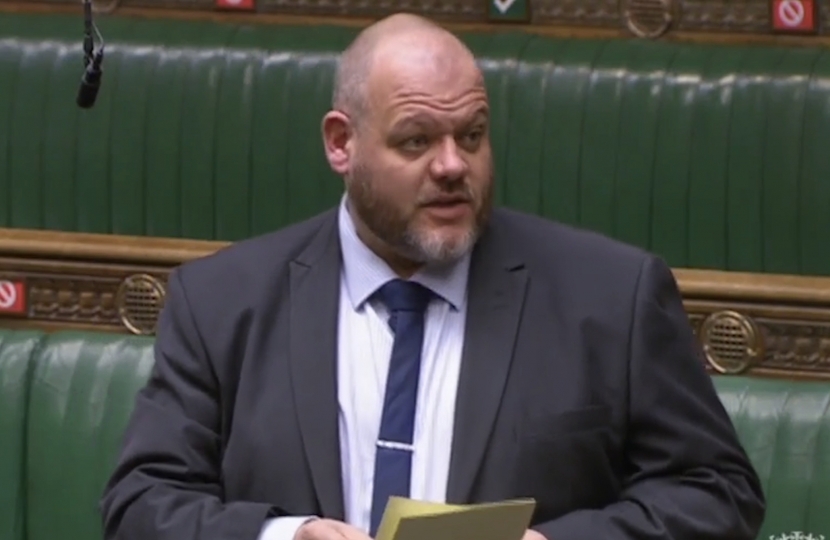 Italicised sections are the parts of my intended speech I had to cut due to a speech time limit.

Firstly, I will declare my interest as a former British Steel employee, some 20 years ago, and having worked in the nuclear supply chain slightly more recently.

The title of this debate is ‘Future of Coal in the UK’ – but perhaps we should discuss the future of the UK without coal? Because frankly Mme Deputy Speaker it would look quite different to not just the world we live in now, but also the world we need it to be.

Earlier this year, the Secretary of State rejected an application for an opencast coking coal mine on the Northumberland coast, to which environmental campaigners have reacted with glee – with Friends of the Earth saying “Coal mines must be consigned to the history books if we are going to avoid climate breakdown”. It is this statement Mme Deputy Speaker, that I think is particularly damaging not only to progress, but also to our shared aim of net-zero by 2050.

Economic growth and growth in demand for steel are undeniably linked. Our plan for growth will necessarily bring a demand for steel, and we should place much heavier weight on the use of UK produced steel. The low-carbon energy technologies that we will rely on in the future – without exception – are underpinned by steel. That steel production requires coking coal, otherwise known as metallurgical coal, for the foreseeable future.

Any increase in UK steel consumption without domestic production of that steel and its process components will result in increases in both our domestic and offshored carbon footprints. While I wholly welcome the phasing out of coal in power generation in the UK – and the UK should celebrate its world-leading record on this – we must not let ‘coal’ become a catch-all dirty word.

We must differentiate between the burning of coal when other widespread technologies exist for the same purpose, and the industrial use of coal as a chemical element.

It is worth noting at this point that over the last couple of weeks energy margins have tightened and wind did not come to the rescue. I welcome our announcements on 40Gw of new wind capacity, but when the wind doesn’t blow we currently call on the old dependables – gas and coal, with the former last week providing at times 49% of our energy production last week, and coal up to 8%. And in my northern constituency, it wasn’t even cold enough for me big coat!This is not sustainable, as we recognise, and gives me a chance to pitch to the minister while he is in his place, the importance of new gigascale nuclear plants – but I digress.

The UK and Europe import 16.4Mt of coking, or metallurgical, coal every year, with the CO₂ emissions from its transport five to seven times higher than if it was produced closer to the point of use – such as the planned Woodhouse Colliery next door to my Workington constituency, the UKs first new deep coal mine for 30 years – bringing with it 500 well-paid jobs while contributing to a reduction in our carbon footprint.

It is shameful that the opposition, in this house and in local government, seek to frustrate the opening of that mine – despite having had cross party development panel approval three times, and having had a call in rejected by a previous secretary of state. There is no commercial technology currently that can replace our reliance on coking coal.

Electric Arc Furnaces are often portrayed as the green saviour of steel production, but the first and most obvious question, given my previous comments would be where will the electricity will come from? The primary feedstock for Electric Arc Furnaces is recycled steel, and while crude figures suggest that the UK is almost self-sufficient in scrap steel, the EU and World markets are not. This fails to take account of the fact that the scrap steel has be of exactly the right composition to make the requisite end product, so most Electric Arc Furnace produced steels are a mixture of scrap steel and sponge iron. But again, the sponge iron process is currently reliant on natural gas or thermal coal.

Without a doubt, Government policy should focus on helping heavy industry in the UK to develop innovative clean technologies to solve all of these issues – but it does none of us any favours to think that this can happen overnight, or that it comes cheaply. Trials, such as those in Sweden to use hydrogen, continue. Some point to the intention of HYBRIT to have a commercial plant running by 2026 as the way forward, but again without even touching on feasibility in the short to near term of replacing plants with such expensive, energy intensive replacements, they fail to realise that the HYBRIT process is for production of sponge iron – the problems in the Electric Arc Furnace process that follows, remain. Coking coal is still necessary to encourage and enhance slag foaming which protects the furnace, makes the process more energy efficient and reduces nitrogen – which makes for brittle steel.

We must seize the narrative around net-zero from the people that would jeopardise progress and our future quality of life, and be honest about what that means for the people in constituencies like Workington. Counter-intuitively, part of the route to net-zero is to bring back some of our carbon footprint that we’ve offshored by importing from countries that often have dubious environmental protections.

But my plea to the minister – and to anyone else who shares our aim of net-zero by 2050 - is to not let the perfect be the enemy of the good.

We cannot pat ourselves on the back for a job well done in 2050 if we have got there on the back of steel, or its component parts like coal, imported from halfway around the world. Let us get there as the UK does best – we have our eye on the finish line and let us emerge as the clear winner - but having won fairly and squarely.

Let us recognise that coal has an important role to play in the future of the UK. And I urge the minister to ensure that that is UK coal, used to make UK steel, used to help Britain Build Back Better.