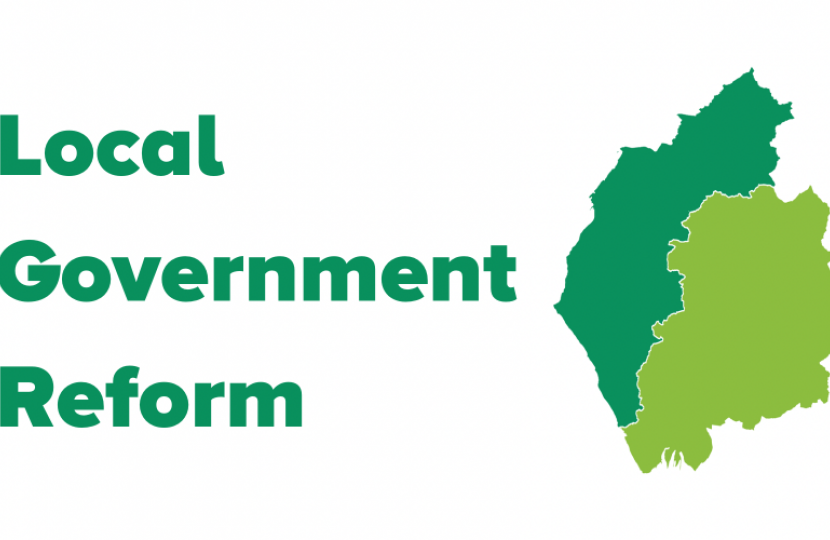 In 2019, every Allerdale Conservative councillor stood on a manifesto commitment to seek a solution to Cumbria’s ‘unitary question’. As Deputy Leader of Allerdale Borough Council, and more recently as the Member of Parliament for the Workington constituency, I have taken a keen interest in making structural changes to local government that benefits residents and moves us away from the current two-tier structure that means local government in Cumbria is cumbersome, costly and lacking accountability. Residents never know which council does what, businesses may have seven councils to deal with, and too much time is spent passing the buck. All that now falls away.

At a countywide level, Cumbria has lacked strategic leadership. At a political level, Cumbria County Council has got more insular, and less interested in outcomes for residents.There are a number of public services throughout the Cumbria that are delivered well. However, both you and I could reel off of a number of services that could and should be improved, and work that is duplicated. That is why I and my fellow MPs across Cumbria have been collectively calling for Local Government Reform.

Earlier this year, the Secretary of State Robert Jenrick, organised a consultation on local government reform in Cumbria. This gave me a unique opportunity to set out my views on how local government could be changed in Cumbria, how it could be improved and how we could make it more efficient.

It is widely acknowledged that for too long, Cumbria has been over-governed and under-led, and this consultation provided a once in a generation opportunity to effect change in our local government structure.

In a letter to Robert Jenrick I argued that due to the size and geography of Cumbria, two unitary authorities would best serve the county’s needs, followed by a combined authority headed-up by a directly elected mayor.

I also argued that due to new nuclear new build being on the horizon, with Cumbria mooted for Small Modular Reactors as well as large scale nuclear and the siting of a Geological Disposal facility, the ideal grouping of districts to facilitate and build on this potential would be Allerdale, Copeland and Carlisle.

I stressed that we have already seen how a vocal minority based in South Lakes has placed West Cumbria Mining’s plans for a coking coal extraction in West Cumbria at risk – and remote ‘leadership’ from Labour and the Lib Dems in Carlisle and Kendal have seen Cumbria County Council withdraw support for the mine having previously given it permission three times.  In my view the districts of South Lakes and Eden- including the area formally known as Westmorland - pose a real threat to the nuclear industry. This strengthens the argument that Allerdale, Copeland and Carlisle should create a single unitary and be allowed to forge their own path.

Therefore, I am delighted that the announcement today from the Secretary of State that Cumbria will have two unitary authorities, split East and West. I now hope this decision will pave the way for a devolution deal including an elected mayor for Cumbria- which, perhaps, is the ultimate prize.

These new unitary authorities and a devolution deal for Cumbria create a huge opportunity for more local decisions to be taken by local people for the benefit of our county. However, as the structure of local government changes for the better, it is also important that local customer facing facilities, local offices and local jobs are retained – and that we don’t decamp to the ‘big city’ under the pretence of ‘cost saving’. I will be making representations on this locally and to Government, in the coming weeks.