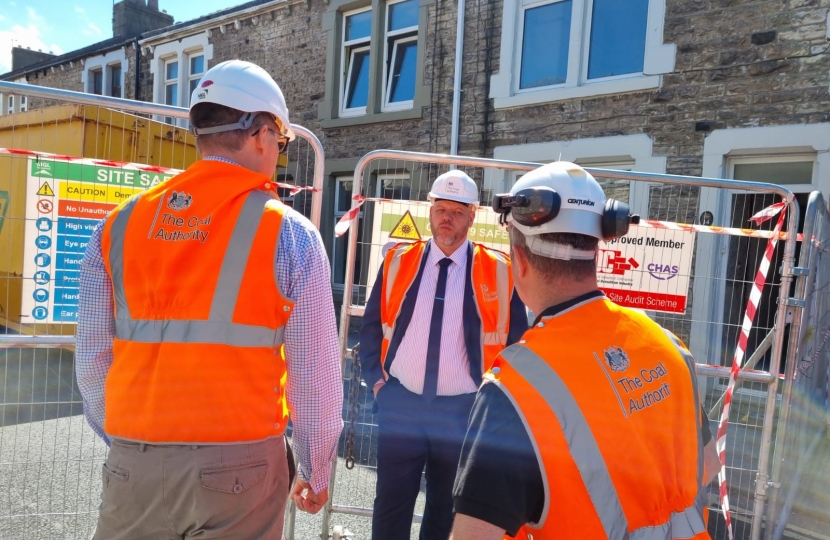 Mark Jenkinson, the Member of Parliament for the Workington constituency has met with Michael Owens and Tim Marples from the Coal Authority and Kevin Logue from MGL Demolition, to discuss the work taking place on Hunter Street in Workington.

The Coal Authority have contracted MGL to demolish the at-risk houses and make way for equipment to move in and make the mineshaft safe.

Mark Jenkinson said: “I have spoken in depth with representatives of the Coal Authority about the vital work they are doing to make Hunter Street safe and have now visited the site.

“The Coal Authority informed me that the issue of the mineshaft was first brought to their attention in 2018 when a small depression was discovered a living room in one of the properties on Hunter Street. Since then, they have worked with the local community and residents of the affected homes, to monitor for any further movement and to make the area safe until permanent work could take place.

“Mark Jenkinson continued: “The safety of those in the affected homes on Hunter Street is the absolute priority and I am glad that this work is being undertaken and that those affected have found alternative accommodation. The first stage of the work is almost completed, and I look forward to seeing this project progress over the coming months.”