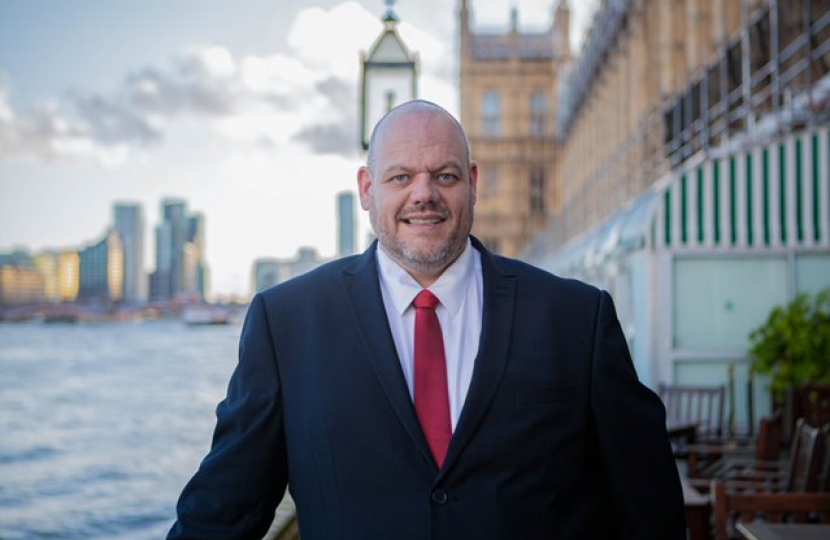 Workington MP Mark Jenkinson is taking a leading role in efforts to close the schools’ attainment gap between boys and girls.

Mark is chairman of the All-Party Parliamentary Group (APPG) on Issues Affecting Men and Boys and, as a father of two sons in state-school education, recognises that this is an issue in his own constituency of Workington.

The cross-party meeting this week included academics, parliamentarians and a representative from Equi-law, a watchdog for gender-balanced legislation.

Mark said: “It was interesting to hear from experts about the challenges facing boys in their day-to-day lives, particularly within education.

This was an extremely positive meeting: we all learned something about the scale of the problem, but we also heard about ways that this could perhaps be addressed in the future.

Teachers, parents, community leaders, charities, Government Ministers and Members of Parliament must work together to raise standards and aspirations. Part of this will involve finding effective ways to help boys see the value of education, boosting their self-esteem and recognising the differences in the way they engage with learning.

We must address the causes of educational underachievement and find ways to ensure that our boys are not left behind. We must also recognise boys’ worth and help them see that worth within themselves.

“I look forward to taking forward any of the recommendations that emerge from these discussions.”

Professor Stoet, a guest speaker and an expert in boys’ underachievement, also revealed that 90 per cent of children excluded from primary schools in the UK are male.

“This suggests that schools really struggle to manage the behaviour of boys,” he added.

Fewer boys embark upon A-levels or go on to higher education.  Those boys who do go on to university, generally perform less well than their female peers.

This pattern cuts across ethnic and class boundaries, with boys lagging behind girls in terms of reading and writing across the world.

This issue, in turn, affects overall performance and comprehension in other non-language areas.

It was also revealed that the school environment was generally “less attractive” to boys than to girls, with greater effort needed to keep boys’ interest and attention.

Prof Stoet added that boys benefitted from “more direction”, adding that early setbacks in school led to some boys deciding too soon that “school’s not for me”, damaging their long-term prospects and self-esteem.

Mike Bell, from Equi-law UK, said: “The evidence showing the gender-imbalance in education is clear.  Evidence of effective solutions is less clear.  We hope the APPG can highlight the problem and work towards fairer outcomes for boys.”

- Far more boys are failing to meet expectations in education than girls, typically scoring lower in 16 out of 17 areas, even from a very early stage.

- Several possible factors have been identified from poverty to flaws within the education system, as well as biological differences between boys and girls.

- Research indicates that boys’ language development is slower than girls irrespective of education levels but there is a long waiting list for support services.

- Boys fall behind girls in almost all GCSE subjects with the exception of science and mathematics.

Cumbria PCC receives over £300,000 to help reduce crime in Allerdale