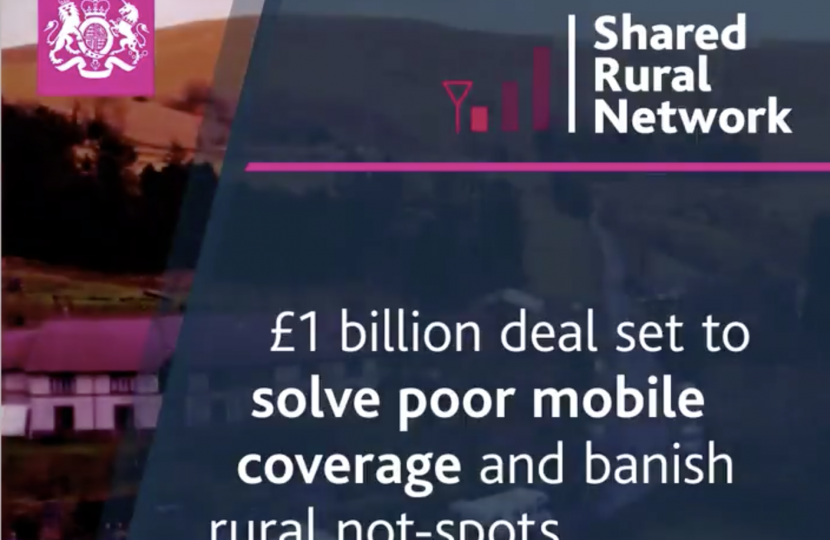 Parliamentary candidate for Workington, Mark Jenkinson, has welcomed a new £1 billion deal brokered by the Conservative Government with mobile phone operators, that will eliminate virtually all areas of poor mobile coverage in rural areas across the country.

The new deal will see the four main mobile providers – EE, O2, Three and Vodafone – coming together to invest a network of new phone masts, as well as upgrading existing ones, that they can then all share. This will be known as the Shared Rural Network.

People will be automatically switched to the Shared Rural Network if they enter a part of the country where their own network would not otherwise have good mobile coverage - known as a ‘not-spot’.

The move will bring 4G coverage to 95 per cent of the UK by 2025 and is a huge boost for consumers, who will be able to use their phones wherever they are and whichever provider they are with.

Under the deal, the four operators will invest a total of £530 million to open up and share existing masts and infrastructure to improve almost all partial not-spots – areas which are currently not covered by all operators. The Conservative Government will then commit up to £500 million to eliminate total not-spots – those hard-to-reach areas where there is currently no coverage from any operator.

“Communities like ours in Workington can often feel left behind – with people unable to access even basic digital services and plagued by slow speeds when they try to get online from their phone.

“That’s why I am delighted that this deal, negotiated by Conservatives in Government, will see more people across the Workington constituency get access to 4G, no matter where they are or which provider they’re with.

“Boris Johnson and the Conservatives are ensuring that no community is left behind and no business is held back because of poor digital infrastructure, as part of our work to get this country back on the road to a brighter future.”