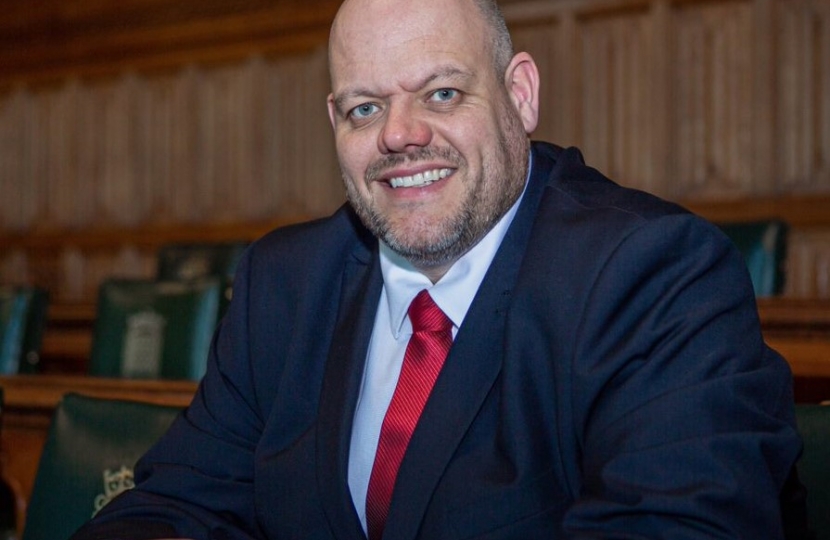 Mark Jenkinson, MP for Workington constituency, has welcomed Tesco’s decision to return business rates relief - which has since been followed by many other national retailers including Morrisons, B&Q and Screwfix.

He said it was right for supermarkets and national chains to pay back the grants that they received. The business rates relief was intended to support smaller businesses and protect the high street due to the coronavirus outbreak, rather than provide additional money to supermarkets, which have profited throughout the pandemic.

Last week, Tesco announced it would pay the £585 million it saved in business rate relief. This decision was quickly followed by Aldi, Sainsbury’s, Asda and Morrisons, returning over £1.7 billion to HM Treasury.

Mark said: “I hope this is the start of many national retailers making the decision to return the business rates support, that they received from Government during the pandemic. The Government’s quick and responsible actions, designed to protect as many businesses and jobs as possible, have been welcomed by many business owners across my constituency; it was certainly the right thing to do.

Supermarkets have remained open throughout the pandemic – providing food to the most vulnerable and ensuring our hardworking frontline workers were able to do their grocery shop, safely and separately from the general public.

At a time where many of our valuable high streets, independent retailers and small businesses are facing economic hardship, the money returned by supermarkets could be hugely beneficial.”

Mark Jenkinson is part of Blue Collar Conservatism and added his name to a letter written by Tatton MP Esther McVey, calling on all supermarket bosses to hand over the £1.9 billion they were expecting to pay before the pandemic hit.