Next Steps For Unitary Council in Cumbria 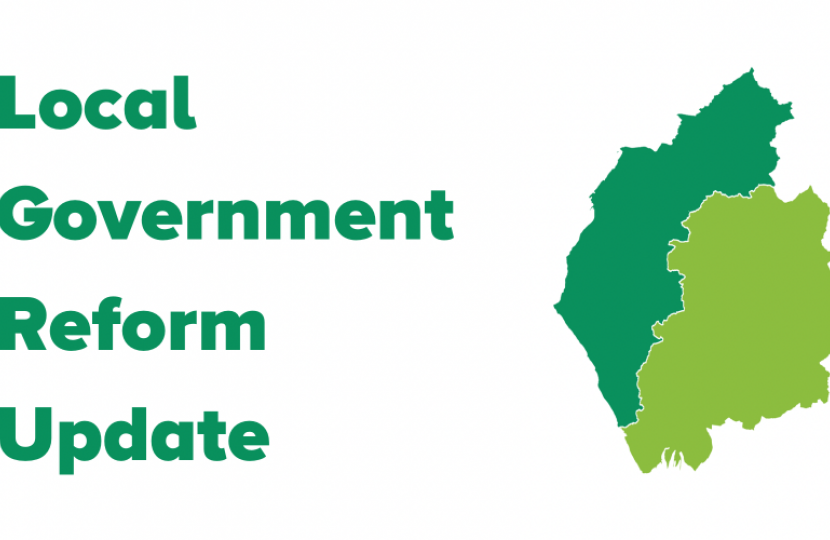 The plans will move the area away from a two-tier system of county and district councils to a unitary council based on the East West proposal, strengthening local leadership and transforming the way services are delivered in these areas.

We, as local MPs representing Cumbria, are delighted to confirm that the Government have today announced plans to plans to implement the proposal for two unitary councils, on an East West geography, for the whole of the administrative county of Cumbria. We believe this decision will provide strong and efficient local government for many years to come.

This reorganisation will bring significant benefits to the region, giving the local leaders there tools to help level up opportunity and prosperity across their communities. This was essential for us, as MPs representing our own communities, and so we were pleased to be able to give it our support.

The locally-led plans are being implemented after a period of consultation which considered views from residents, business leaders and councils.

The existing councils and their partners will now work collaboratively and constructively together to drive forward the process of establishing unitary councils while plans are laid before Parliament for approval.

Minister of State for Local Government and Regional Growth, Luke Hall MP, said; “I am delighted that these proposals have been announced today, and it is clear the East/West plan will have overwhelming benefits to the people of Cumbria. There is now an opportunity, to establish a local government which will better serve local communities and businesses across the area, delivering for them the high quality and efficient local services people and businesses need and deserve.”

This follows an announcement by the Prime Minister last week whereby he set out his vision to level up and unite the whole of the United Kingdom. In a speech, he set out the government’s role to:

Moving forward, the necessary secondary legislation will be put in place to implement the decisions which have been made for these three areas. At the turn of the year, a draft structural changes Order will be laid in Parliament. This will include plans for the necessary transitional arrangements, including for elections in May 2022 for the future unitary councils.

Mark Jenkinson MP said ‘’Every Cumbrian MP, and every District council agreed that a two-unitary council solution was right for Cumbria. and I am delighted that the Secretary of State has announced that the districts will be split in such a way to put Allerdale with Copeland and Carlisle. I believe this is the right decision for Cumbria and provides a real opportunity. I wish to pay tribute to my colleagues in Westminster and in local government, who have worked incredibly hard to achieve this, In some cases many years.

There is a huge piece of work in front of us as we transition to the new arrangements, and I look forward to working with the councils to effect tangible positive change for my constituents. New unitary structures pave the way for a devolution deal and an elected Mayor for Cumbria, giving us a once in a lifetime opportunity to unleash the Cumbria’s potential. I look forward to those discussions.’