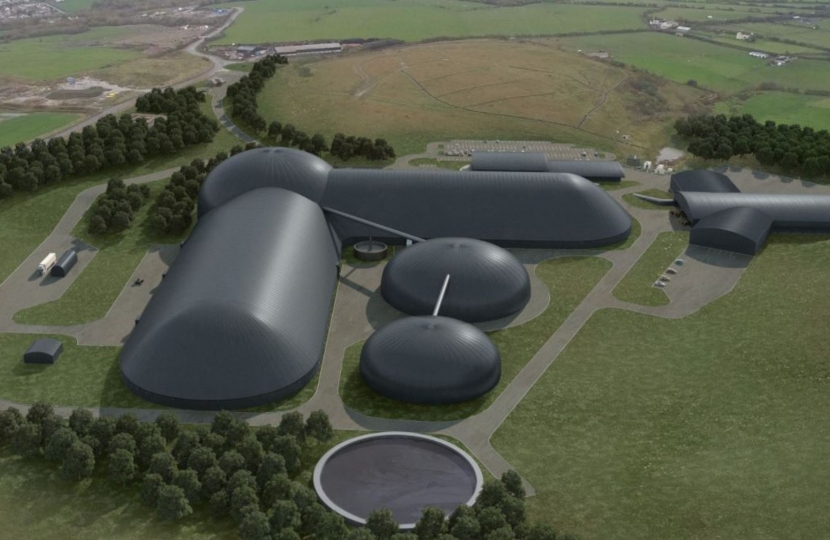 I am incredibly disappointed by Cumbria County Council’s recent decision to consider the application for Woodhouse Colliery for a fourth time which, regardless of the decision, now represents a serious risk to Cumbria’s economic growth, diversification of the West Cumbrian jobs market, and inward investment to Cumbria.

"After the receipt and consideration of new information, Cumbria County Council’s Development Control and Regulation (DC&R) Committee will now reconsider the planning application by West Cumbria Mining to create a metallurgical coal mine off the coast near Whitehaven.

This decision has been taken because in December 2020, the Government’s Climate Change Committee released its report on its recommendations for the Sixth Carbon Budget, a requirement under the Climate Change Act.

The report, among other things, sets out the volume of greenhouse gases the UK aims to emit during 2033-2037. This new information has been received prior to the issue of the formal decision notice on the application. In light of this the Council has decided that the planning application should be reconsidered by DC&R.”

But the email sent to MPs and members of the Development Control and Regulation Committee suggested that it was instead down to the threat of legal challenge:

“Following the recent threat of legal challenge relating to the determination of the West Cumbria Mine, and having received formal planning and legal advice on this challenge and given full due consideration, it has been decided to return the West Cumbria Mining planning application back to Committee for a redetermination. This is in order to take into account the recommendations of the Committee for Climate Change which published its report (the Report) on its recommendations for the UK sixth carbon budget in December 2020, two months after Development Control and Regulations Committee made its last decision, but before the Secretary of State (MHCLG) lifted the Article 31 Holding Direction. The recommendations of the Report have yet to be considered by the UK Government but may have implications for the planning merits of this case.”

This is, of course, not true and is immaterial to the application – it is not for the Council to ‘take into account’ recommendations that the Government is yet to consider, and may not adopt. Should they adopt them there is still no material impact on this development.

It is not for Cumbria County Council to determine national policy.

The Climate Change Committee published their Sixth Carbon Budget on 9th December 2020, setting out a  number of pathways to reducing emissions. The budget is clear that the pathways are for guidance only, and that each sector has multiple options.

Coking coal is mentioned just once in the report, and neither the report or the accompanying ‘Policies for the Sixth Carbon Budget’ present a viable alternative to coking coal in the steel-making process.

On the 7th January 2021, Richard Buxton Solicitors wrote to Cumbria County Council on behalf of South Lakes Action on Climate Change – Towards Transition. In their letter they seek to suggest that sectoral pathways offer fixed emissions targets, with coal mining having a ‘budget’ that the opening of the Woodhouse Colliery would then exceed. This is categorically not the case.

Richard Buxton also assert that the conclusions from planning officers run contrary to the report from the Committee on Climate Change, which again can be seen in the figures that they provide, to be untrue.

No one disputes that the requirement for coking coal will reduce as we decarbonise the steel-making process. But there is no commercial alternative to coking coal in some parts of the steel-making process, and current large scale trials for substitution relate only to one part of the process – as the figures that Richard Buxton rely on show, that accounts for only 5% of the reduction. Other reductions come from substitution – such as the switch to EAF that still requires the addition of coke – or from CCS, which does not reduce the need for coking coal but mitigates the impacts.

The budget is also clear that while it recommends that the UK’s share of International Aviation and Shipping emissions should be properly accounted for in the sixth carbon budget, they are not.

On the 29th January 2021 Lord Deben wrote, as Chair of the Climate Change Committee, to Robert Jenrick setting out his opinion on the Woodhouse Colliery. That opinion, which is not supported by any accompanying methodology or data for his assertions, is contrary to multiple expert opinion on import substitution. It also fails to take into account shipping emissions.

His opinion is contradictory in that he acknowledges, as does his sixth carbon budget, that coking coal will continue to be used in steelmaking past 2035, while its impact should be mitigated. But he goes on to say that his report has the following implication for coking coal use in the UK:

“Coking coal use in steelmaking could be displaced completely by 2035, using a combination of hydrogen direct reduction and electric arc furnace technology to meet our recommendation that UK ore-based steelmaking be near-zero emissions by 2035.”

This is demonstrably untrue. It is also not what the report says, which is that:

“Government should target near-zero emissions from ore-based steelmaking in the UK by 2035. This could include CCS applied with high capture and application rates.”

Lord Deben also says in his letter that the mine will have an ‘appreciable impact’ on UK carbon targets, West Cumbria Mining assert that, through their expected emissions reductions, believe that their resulting emissions will contribute to less than 0.1% to the UK’s sixth carbon budget.

The report specifically acknowledges ongoing use of coking coal, but suggests CCS to mitigate the impacts. For clarity, electric arc furnace technology does not remove the requirement for coking coal – either in new steel or in wholly recycled steel, and expert reports commissioned by all sides in the planning application attest to that. While the coking coal from Whitehaven is destined for steelmaking, it is also worth pointing out that UK usage of coking coal is much wider, from cement production to electric vehicle car batteries – and even the electrodes for the electric arc furnaces on which we’ll rely.

Lord Deben's letter, alongside others, brought national and international interest to bear. This included the Shadow Business Secretary Ed Miliband, appearing on Andrew Marr on Sunday to tell us that Labour’s position is that this mine should not go ahead.

As of last week, sources from inside and outside of Cumbria County Council tell me that the formal grant of planning permission was just hours away. Despite having had two months to consider the impacts of the sixth carbon budget, and a month to consider the threat of legal challenge from SLACC – which has in any case endured throughout – and having had significant recent national and international interest, there was no sign of redetermination.

This can only lead us to the conclusion that this was a politically-motivated decision relating to a quasi-judicial process, and I am incredibly disappointed that both Labour and the 'Liberal' 'Democrats' have sought to make this a decision a political one.

I will continue to champion West Cumbrian projects and the importance they play in building a strong West Cumbrian economy, and providing my constituents with a variety of highly-skilled, well paid jobs. But alongside that, I will champion the role that these projects have to play in the UK meeting our target of Net Zero by 2050.

Labour-led Cumbria County Council are playing games with West Cumbria’s future. Not content with holding West Cumbria back for decades, they continue to prove they don’t care about employment in West Cumbria.