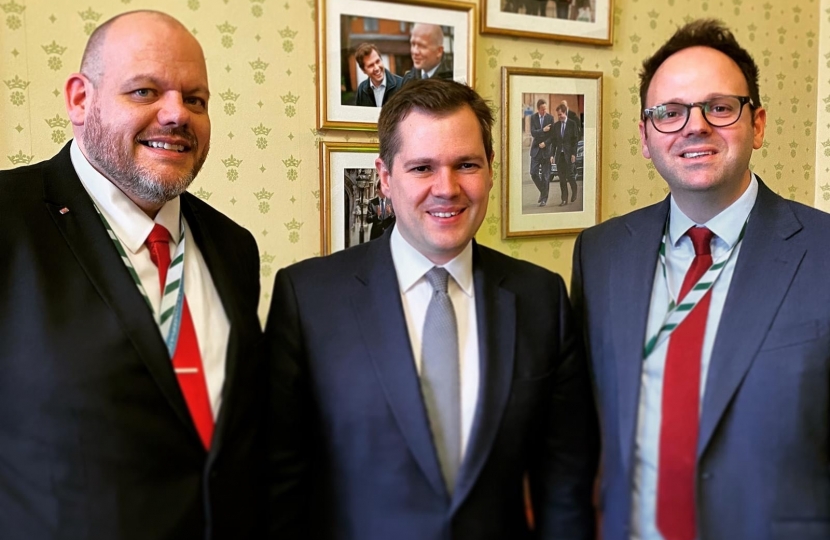 The discussion centred around priorities for Local Government in both the Workington and Barrow and Furness constituencies as well as for Cumbria local government as a whole.

Priorities include improved infrastructure, better housing provision and more innovative housing design and devolution- allowing counties such as Cumbria to have a greater say on what happens in the county; decisions made in Cumbria for Cumbria, instead of local decisions being made in Whitehall.

Mark Jenkinson, MP for Workington, said ‘Local Government is hugely important to Cumbria but it is also important that the model of local government we have in Cumbria is appropriate to drive Cumbria forward and build upon recent successes and investment in the county. I will be fighting hard so that local decisions for Cumbria are made in Cumbria.

Innovative housing designs, improving infrastructure to serve the needs of business and residents, along with retaining taxes in Cumbria are all issues that I would push for local government in Cumbria to have jurisdiction over.’

Simon Fell MP said: "Infrastructure is a huge issue to Barrow; both to businesses and residents. I want to make my constituency more connected to the rest of the county and more accessible to visitors. Local Government is key to infrastructure decisions as they are part of the community which it affects. I wanted to ensure that the Minister was aware of the specific local infrastructure issues such as the pinch point on the A595 at Grizebeck which is beggars belief.

That one of the major arteries in and out of Barrow & Furness, and through to Copeland, passes through a single-track farmyard is unbelievable at best and dangerous at worst. This single stretch of road causes significant delays, risk to life, and has a significant detrimental environmental impact. I stressed the need to move this project forward urgently to unlock the economic potential of the area, improve resident and commuter safety, and ensure that local people are able to rely on this vital road. "