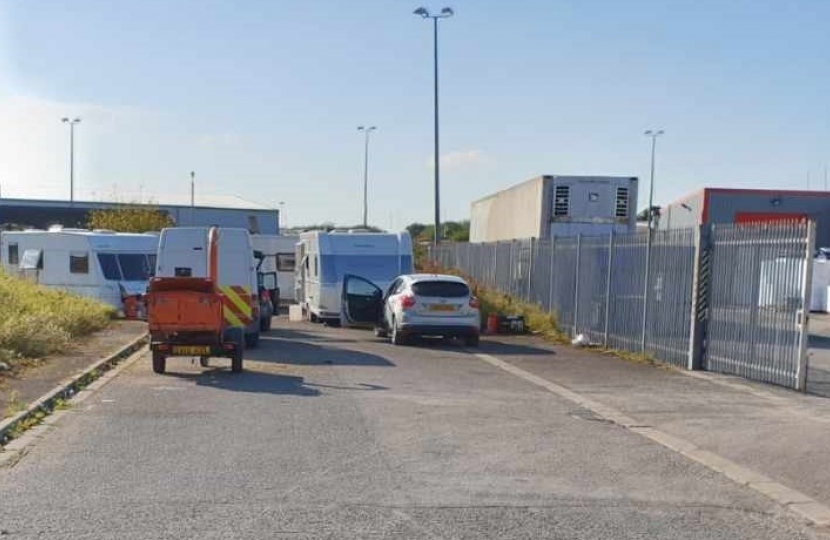 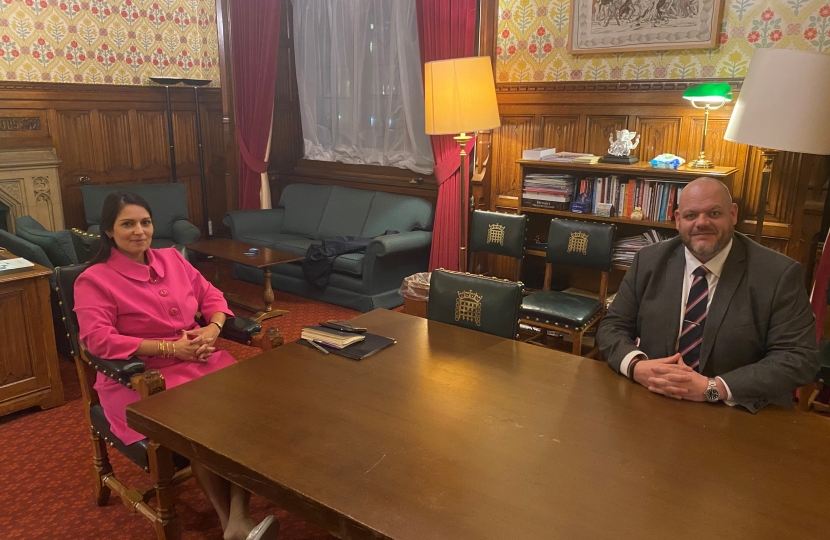 Mark Jenkinson, the Member of Parliament for the Workington constituency, has once again raised his concerns with Allerdale Borough Council that the authority needs to set out an updated strategy to deal with unauthorised gypsy and traveller encampments across the constituency, and seeks your views on the impact of unauthorised encampments and what the future should look like.

Over the weekend, Mark was contacted by a number of constituents who raised concerns that an unauthorised encampment at Oldside was to be moved to the Clay Flatts Industrial Estate. The council decided in the end not to move to the identified site on this occasion, but Mark is keen that an updated strategy is adopted by the council, following consultation with constituents, so that everybody knows what action to expect in the event that a new unauthorised encampment appears.

"There is clearly an issue with unauthorised encampments in the Workington Constituency. I have raised these issues a number of times with the Police and the Council and I am confident that the necessary powers exist to swiftly evict the majority of these sites. Unfortunately, the problem remains.

Illegal and unauthorised encampments should not be tolerated by the council, and residents or businesses who operate and live within the law should be able to feel assured that law-breaking will not be overlooked.

I would like Allerdale Borough Council to set out a clear policy for the management of these encampments. This is an issue that has blighted the lives of many of my constituents for many years, and without a policy by which every site is treated equitably these encampments will continue to affect residents and businesses in my constituency.

The Council carried out a joint assessment of needs for the provision of additional authorised sites with the other Cumbria districts during 2013. This did not identify a substantial additional need for sites, and this is being reviewed again in 2020. If it can be shown to be required, I will support a permanent gypsy and traveller site, in a suitable location, where the scale and cost to taxpayers is appropriate, but going forwards this current situation of tolerating law-breaking must cease."

Mark has previously met the Home Secretary Priti Patel to discuss local issues with these encampments, and was delighted to hear this week that plans will be brought forwards to criminalise trespass and strengthen laws around unauthorised encampments.

Criminal trespassing will be limited to people over the age of 18 who have failed to respond to requests from landowners or police to leave, intend to reside on the land, are using vehicles and have caused or are likely to cause significant damage, disruption or distress. Significant disruption will include interfering with utility supplies, excessive noise pollution or litter. Police will be able to act sooner as the threshold for intervention will be dropped from six illegally parked vehicles to two.

The current position is that some sites are 'tolerated', while others are swiftly moved. A refresh of the Gypsy and Traveller Needs Assessment is currently underway, that will set out any need for sites. If a need is identified, there are a number of options:

Please do take a couple of minutes to complete the survey and share your views on the impact previous and current encampments have had, and possible future options.