An Update On Harrington 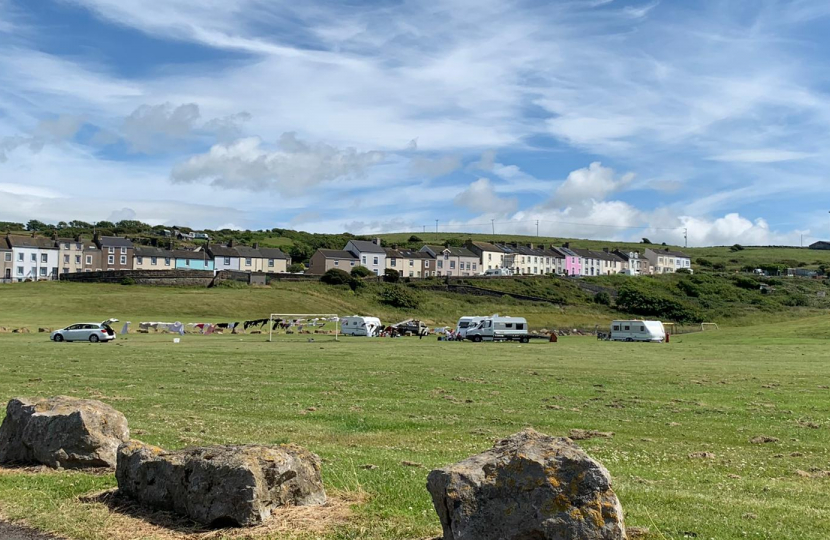 Many Harrington residents have contacted me this week , and of course last year, about about an illegal caravan site at the Harrington Marina.

I am aware that a group of travellers has once again descended on the same area, occupying the football pitch on the village green. Their arrival follows a Notice to Leave served on the encampment on the children’s playing field at Mossbay (Jane Pit). Given the late-night noise and antisocial behaviour reported last time there was a sizeable group of travellers here, I can understand why residents might feel angry and concerned by this latest development.

I have this week spoken with Home Office, with the landowners, and with Cumbria Constabulary in an effort to get this matter resolved as swiftly as possible. Council officers will perform the necessary welfare checks in the coming days before seeking an eviction order from the courts. I must stress that these welfare checks are a legal obligation where the council is using it’s powers and are part of the eviction process: they are not a concession to political correctness. But I am constantly reminding those involved that in most cases – as at Harrington – those checks have recently been completed.

The council has limited powers and is using these to the furthest extent. Therefore, I have also raised this directly with Cumbria Constabulary which has much greater legal authority. I have urged the Police to move the travellers on – making use of new powers brought forward by this Conservative Government to deal with unauthorised encampments via Police, Crime, Sentencing and Courts Act 2022. You can read a copy of my letter to them here.

The Act introduces a new criminal offence where a person resides or intends to reside on any public or private land without permission and has caused, or is likely to cause, significant harm, obstruction, or harassment or distress. In addition, the legislation amends the Criminal Justice and Public Order Act 1994 to broaden the list of harms that can be considered by the police when directing people away from land; and increase the period in which persons directed away from land must not return from three months to 12 months. Amendments to the 1994 Act will also allow police to direct trespassers away from land that forms part of a highway.

You are encouraged to report all crimes to Cumbria Police, using one of the contact methods here. Non-emergency crimes can be reported to 101@cumbria.police.uk or by calling 101, There is also an online form here.

IF A CRIME IS BEING COMMITTED, YOU SHOULD DIAL 999

There is an argument that moving them on swiftly is simply shifting the issue to another area or community. However, if the Police made use of the powers available to them immediately at every new site, this would act as a powerful deterrent. At present, travellers being allowed to get away with behaviour that would not be tolerated in members of the settled community. A lack of suitable pitches at authorised sites or transit facilities is often used as a justification for failing to move travellers on. However, there is no requirement to find the travellers “somewhere to go” prior to eviction. Even if a dedicated site (whether temporary or permanent) was created at taxpayers’ expense, it would not solve the problem. Firstly, there is no guarantee that travellers would use it. Indeed, the evidence appears to be that there are distinct groups who would be reluctant to share a site with other families.

Going forward, I would also urge residents to make use of local or registered tradesmen. This will help to discourage the practice of fly-tipping and make our borough a less attractive destination for itinerant workers.

Please be assured I will continue to make representations on your behalf to help resolve this problem blighting out communities. Please contact me with any issues on 01900 876189 or email office@mark-jenkinson.co.uk