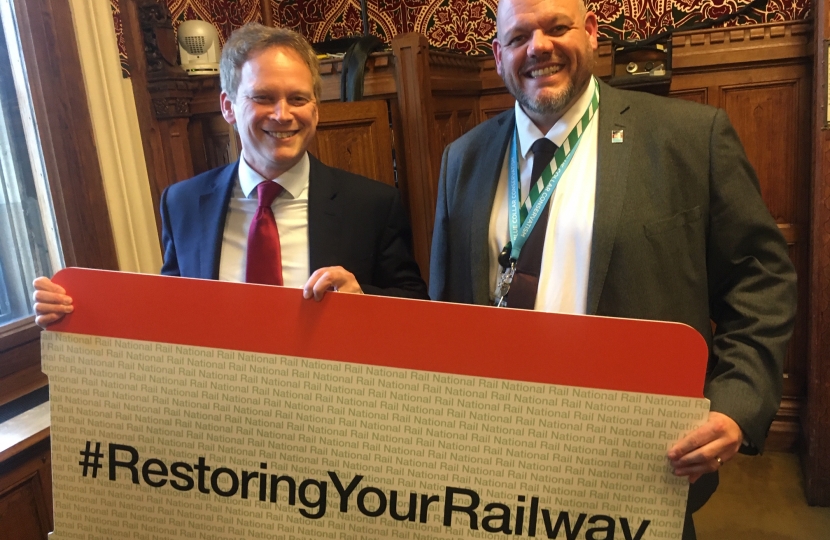 Member of Parliament for Workington Mark Jenkinson is keen that Workington benefits from the money available from the Department for Transport to reverse Beeching Cuts.

Mark has written to Grant Shapps, Secretary of State for Transport regarding Beeching Cuts, a reduction of route network and restructuring of the railways carried out in the 1960s.

He has mooted the idea that a feasibility study could be carried out regarding a station at Silloth which was removed under the cuts to rail lines by Beeching in the 1960s.

He also met with Chris Heaton- Harris MP, Train Minister, today to discuss the idea, highlighting the benefit it would bring to his constituency.

Mark said: "I would like Government to fund a feasibility study to look into the possibility of having a railway station at Silloth. This would make it easier to travel to Silloth for tourists and my constituents as well as benefiting our local economy.

I have written to the Minister to raise my proposal with him and I am meeting the Town Council later this month to discuss this with them."

Today is polling day here and across Britain.

Local Government and policing are extremely important for our local area, our communities and the Workington constituency.