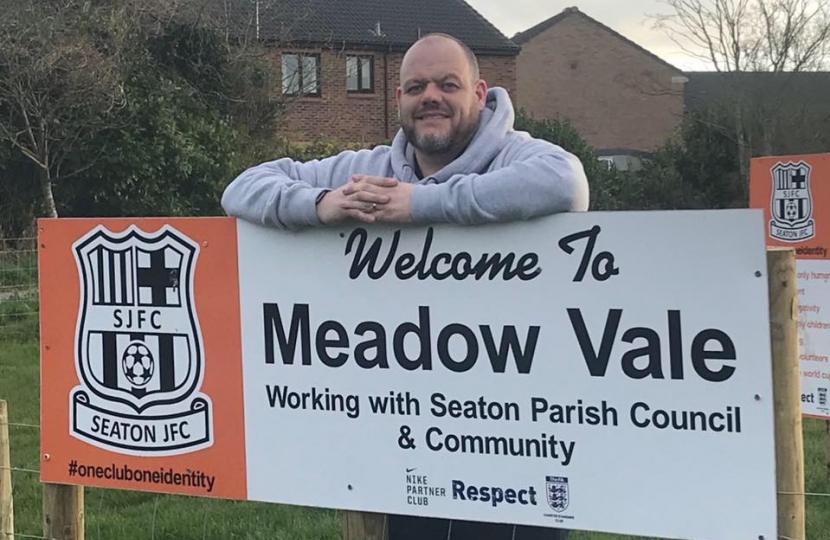 Mark is a married father-of-four who works as a self-employed contractor in the nuclear supply chain.

Born and raised in the town centre and Northside areas of Workington, Mark chose the village of Seaton to settle with his wife Dawn, and their children.

Mark is a local parish councillor in both Seaton and Camerton, and borough councillor for the Seaton and Northside ward. Becoming Deputy Leader of Allerdale Borough Council in 2019, Mark is a charity trustee and ex-school governor, and remains active at a grassroots level, often organising clean-up days in his village, and helping the Seaton in Bloom group.

After leaving St Joseph's RC Secondary School, Mark attended Newton Rigg College to pursue agricultural studies, later joining British Steel as an apprentice. Following several years gaining valuable experience in sales and training positions, he updated his qualifications and returned to his trade as an Electrician so that he could spend more time with his family.

It was watching the decline of Workington Hall that brought Mark into politics - dealing with politicians as he helped to create a group to save what remained of the old building, he realised Workington was being failed on a number of levels.

His work with the Hall and subsequently with Workington Heritage Group and the Helena Thompson Museum that led him to realise that Workington had long been at the forefront, and had only been let down more recently by poor representation.

Workington was the birthplace of modern agricultural practices under John Christian Curwen, of Workington Hall. He also introduced the first social insurance scheme locally, and attempted to do so nationally as our MP - nearly 100 years before Lloyd-George again put forward the scheme we now know as National Insurance. Later, Henry Bessemer chose Workington to base his company, and we went on to send steel around the world.

Times change, and while the sectors may be different – now nuclear, low-carbon energy, and some of the finest packaging materials in the world – Workington can be at the forefront again under a Conservative MP.