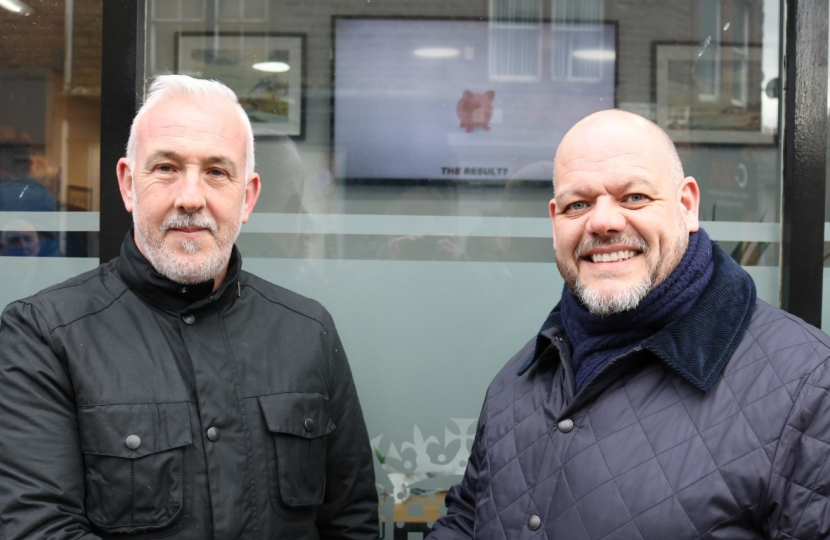 I have spoken and written a great deal about reforming local government in our county and the creation of unitary authorities in Cumbria. My argument for Cumbria to have two unitary authorities, and my subsequent successful campaign to have the west unitary named ‘Cumberland’, allow us to continue to retain our heritage and forge an even stronger identity for our community. These new authorities will also transform the way in which local government in Cumbria operates, creating accountability and reducing bureaucracy.

However, one thing perhaps gets lost in this debate and that is the good work that has been achieved in our communities and throughout my constituency by Conservative-led Allerdale Borough Council. Under the leadership of Councillor Mike Johnson and his able executive, we have seen many issues left over from previous administrations addressed.

From bin chaos to putting a halt to rising council tax, the Conservatives have fixed historical issues. They have reversed the privatisation of Labour by bringing your bin collections and market provision in-house and they have kept your council tax low - this year opting for a freeze on your council tax bill. This has only been possible through careful financial management by a Conservative administration.

And we have seen record investment into our area. Workington will benefit from £23 million through the Town Deal and Maryport has received an £11.5 million investment through the High Street Fund. This investment in our area is unprecedented and will make real, tangible improvements to two of the towns in my constituency.

There has also been a focus on fighting social exclusion and making our streets safer. My mailbag is often filled with reports of anti-social behaviour and social issues caused by a handful of individuals. Unfortunately these instances often have a much wider impact on innocent residents.

Working with Peter McCall, the Police and Crime Commissioner for Cumbria, St. Michael’s - which has a long-standing issue with anti-social behaviour - was awarded over £300,000 in Safer Street funding from the Home Office. We have already started to see this investment being spent in Vulcan Park through the installation of lighting and tree protectors, as well as improved lighting schemes on residential streets. The Conservatives are working directly with residents to prevent crime.

And the work has continued behind the scenes for the Conservatives in Allerdale. A new leaner and more efficient staffing structure has been implemented following an evaluation of every department. Improvements have been made to the council IT, partly to ensure residents could easily contact the council during the pandemic but also to ensure that those working from home had access to the equipment that they needed.

I want to see progress continuing to be made throughout my constituency and I believe that only the Conservatives are able to achieve this.